Hands down, the annual presidential turkey pardoning is my favorite White House event. There’s something charming about the tradition and it’s hilarious watching people participate and report on the story (like this guy in the photo who looks like he gave a speech to the turkeys).

Only since 1989 have turkeys received official ceremonial pardons starting with President Bush. That first gobbler was sent to live out its days at a farm ironically called “Frying Pan” in Northern Virginia. All pardoned birds retired there until 2004. From 2005-2010, birds went to a farm in Florida and served as grand marshals in holiday Disney World parades.

Although President Bush grated the first official pardon, many prior presidents granted informal reprieves from the oven. The first was alleged to have been President Lincoln. The story goes that his son begged him to pardon a bird designated for the table and Lincoln gave in to the plea.  In modern administrations, the National Turkey Federation started sending birds for the White House table in 1947. Most were eaten, but President Kennedy sent his back to the farm it came from saying, “We’ll just let this one grow.”  After holding the traditional receiving ceremonies and having photos taken, President Nixon also sent his turkeys to a petting farm near Washington.

This year’s pardoning candidates, Cobbler and Gobbler spent a few days relaxing at the W Hotel before their big day. Although, only Cobbler will be officially pardoned this year, both he and the runner up will go to live at Washington’s Mount Vernon and be prominently featured in the estate’s Christmas festivities. After the holidays, the pair will be moved to the livestock facility not open to the public for a quiet retirement. They’re lucky since historically, most Presidents just ate their birds. 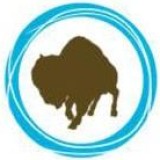 The Raupp Museum is a local history museum serving the community of Buffalo Grove, Illinois and surrounding areas. The museum's three galleries showcase Buffalo Grove's history from the early 1830s to the present. Educational programs are available for school groups, scout groups, and adult clubs.

[…] turkey pardoning. Should you be curious, that spectacle’s origin is well documented in the Pulitzer-quality blog post here. But, I digress. Let’s turn our attention back to […]